Charities and community groups around Great Britain can apply for up to £20,000 of funding for projects that focus on the prevention of poverty, promotion of human rights, equal rights and conflict resolution for some of society’s most vulnerable groups.

Applications for funding from People’s Postcode Trust, a grant giving charity funded entirely by players of People’s Postcode Lottery, are now open and will close on the 28th August, with a funding pot of over £1 million available. Both charities and community groups are eligible to apply for the grants of between £500 and £20,000.

With previously funded projects including homeless groups, training in healthy cooking and mental health groups; this is a fantastic opportunity for groups to access funding to make a difference in the local community.

“Small charities and community groups play an important role in poverty prevention and promoting human and equal rights across society by reaching some of the most vulnerable groups. Grassroots charities and groups in these areas make a massive difference across the country, and I’d urge as many as possible to apply for this fantastic funding opportunity.”

For any groups seeking funding that falls outside of this category, players of People’s Postcode Lottery also support two other funds which are now open for applications: Postcode Local Trust and Postcode Community Trust.

As a charity lottery, a minimum of 31% goes directly to charities. Players of People’s Postcode Lottery have raised more than £221.2 million to date for over 3000 good causes across Great Britain and internationally.

To apply for funding, please make sure you have followed our guidance notes before submitting. Application and guidance can be found here. 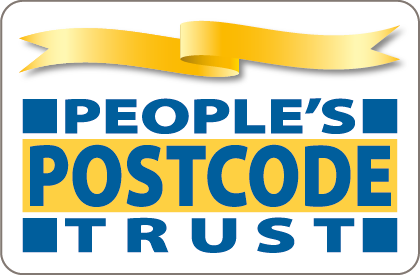